Types of Crab Legs to Eat 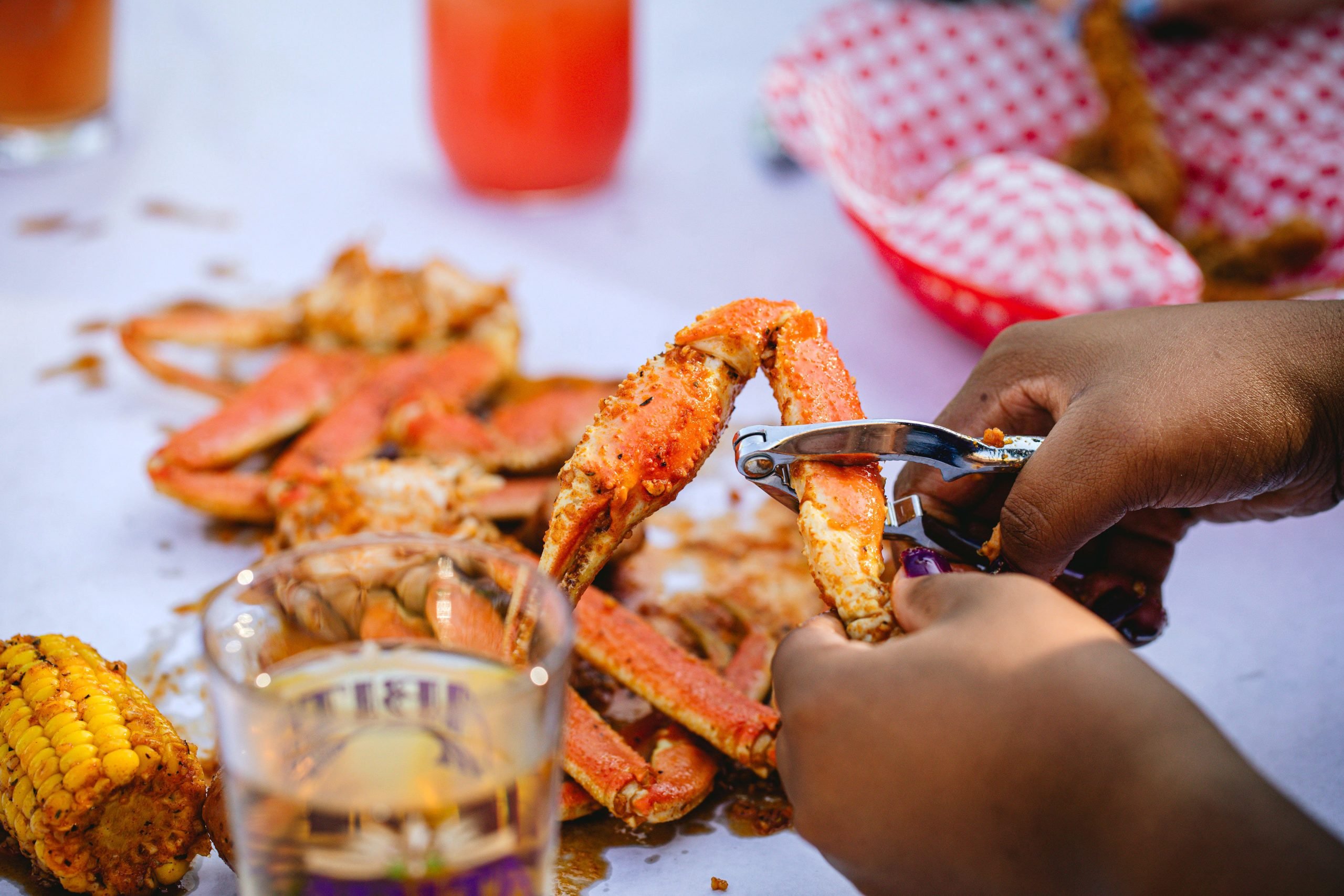 Did you know that there are thousands of species of crab around the globe? More than 4,500 species, to be exact!

If you love to eat crab as much as we do, you might be getting hungry just thinking about all the tasty meals you could make with that many crabs. But actually, only a few crab varieties have the perfect combination of characteristics to earn a spot on our dishes.

From crab cakes and seafood boils to chowders and deep-fried appetizers, there’s virtually no end to the ways you can enjoy crab meat. And because crab is packed with protein, vitamins, and minerals, you can even consider it a health-conscious food (we consider dipping it in melted butter with our special blend of spices to just be an example of balance, don’t you agree?).

Are all types of crabs edible?

When you consider that there are thousands of crab species, it’s not too surprising to learn that not all crabs are edible. Some simply don’t have enough meat to make them worth the trouble, while others are actually dangerously toxic to humans.

So no, you can’t eat just any crab you come by. Luckily, the edible species of crabs we have to choose from offer up plenty of variety and versatility to keep our bellies happy.

Let’s take a deep dive into the most popular varieties of crabs to eat from the East Coast to the West Coast and everywhere in between.

What Kinds of Crabs Can You Eat?

Here are the most common types of edible crab you’ll find at Angry Crab Shack and on dining room tables around the U.S. (and around the world):

Dungeness crabs live in the long stretch of coastal waters that border Western North America, stretching from Alaska to Baja, Mexico. Named after the now-gone small down of Dungeness, which was located on Washington state’s Olympic Peninsula, these large, brownish-purple crabs are known for their sweet and succulent pink meat. Dungeness’ crab is a large species, weighing an average of two to four pounds. According to regulations, only male Dungeness crabs measuring at least 6.25 inches in length can be harvested, and prime season falls in the winter months.

Alternate names for King Crabs include Alaska King Crab, Russian Crab, and Japanese Crab – but no matter what you call it, this crab species is famous for its impressive size. Measuring up to 10 feet and weighing in at up to 25 pounds, this type of crab has a delicate taste, boasting bright white meat bordered with a vibrant red edge. Despite being an incredibly large crab, only about one-fourth of the crab meat inside is edible (mainly its legs and claws).

You’ve probably seen King Crab legs highlighted on the menus of seafood restaurants because they are a highly popular seafood dish.

This Atlantic Ocean crab is an East Coast native, usually found residing in rocky, deep waters. Its spindly, spiny legs give it a spider-like appearance, hence the “Spider Crabs” nickname. Some people also refer to these crabs as snow crabs and queen crabs.

Until the late 1990s, Peekytoe crabs were a lobster fishing by-product that was typically thrown away. But when the species got a rebranding and a new name, they started to get some well-deserved attention. Formerly known as Maine rock or sand crabs (or bay carbs), this type of crab is a fairly new arrival in the seafood scene.

The stunning bluish-green hue of blue crabs makes them immediately recognizable, at least until they turn bright red after being cooked. Blue crabs are the East Coast’s most prolific species, and those sold on the seafood market typically measure between 3.5 to 5.5 inches and larger.

Soft Shell crabs are actually blue crabs that have completed molting, a natural process that allows them to shed their old, small shell and form a new one to fit their larger body. There is a short period of a few days when the crabs are without hard shells during molting. Even then, they’re only truly soft shells for a limited number of hours.

Soft Shell crab is a delicacy, and you eat the whole crab (often deep-fried).

Stone crab claws are a prized delicacy enjoyed for their large size, sweet flavor, and firm texture. Stone crabs are primarily harvested in the Florida area and only from October 15th through May 15th. Because only the claws are cooked and eaten, fishermen pull a single claw from each crab and then return them to the ocean. The crabs regenerate their claws within 18 months and are left with a claw to properly defend themselves from predators.

Cooking stone crab claws is a precise process regulated by law. The claws have to be boiled for seven minutes, then either frozen or placed on ice (freezing eliminates any iodine flavor). When you order this kind of crab claws, they’ll be served cold, with a mallet for cracking, and usually with a selection of dipping sauces.

What is the Best Kind of Crab to Eat?

Ultimately, the best crab is the one that is fresh, well-prepared, and suited to your taste. In other words, the quality of the meat and the talent of the chef make all the difference. Most crab lovers have their own opinions on their favorite variety, and it can end up being a dining room debate more often than not.

Unless you’re a skilled seafood chef with a knack for cooking crab – and maybe you are! – it might be a good idea to leave this task to the professionals.

When seasoned, cooked, and served to perfection, the crab can be one of the most delightfully delicious meals ever. So, why not make sure you’re setting yourself up for a generous serving of fantastic flavor?

At Angry Crab Shack, our seafood restaurants in Arizona, Nevada, and Alabama consistently receive rave reviews for our wide variety of crab dishes.

From our famous Soft Shell Crab Angry Po’Boy and our Shrimp and Crab Cake Sandwich to our deep-fried Soft Shell Crab and Seafood Boils (with the option of Snow Crab, King Crab, and Dungeness Crab), we truly have something for everyone.

Plus, since you get to customize your Seafood Boil with your choice of sauce, spice level, and additional ingredients, it’s bound to be the best crab you’ve ever had.

Whether you consider yourself a crab connoisseur or want to try it for the very first time, you’re going to want to head over to your nearest Angry Crab Shack. We’ll show you exactly why our seafood with Asian-Cajun flavors is a foodie favorite – and don’t be surprised if you develop a constant craving for crab after dining here.

Not much of a seafood enthusiast? Angry Crab Shack has been known to be the spot that can convert those that don’t usually like seafood, so we would definitely recommend giving it a try.

But our menu also features a variety of non-seafood options, making our restaurant a great place for the entire family including pickier eaters.

Find the Angry Crab Shack near you and head over for the best seafood in town today!